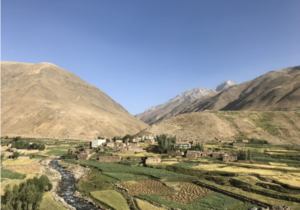 What sort of a future dare we imagine for Afghanistan and its people? If we step beyond the confines of the Western democratic project, of political Islam or other similar totalising ideological projects, what could Afghanistan become? Join our all-Afghan panel as we ask one of the most pressing questions of the day. The initially relatively peaceful transition of power to Taliban in August 2021 has deeply ambiguous consequences for both the Afghan state and the Afghan people. Western responses to the unfolding situation are often framed through militarised and geostrategic lenses, while an Islamist knowledge perspective struggles to overcome its own limitations by re-creating the very hegemony that it seeks to undo. Both perspectives risk reproducing a sort of ‘fundamentalism.’ Regardless of the framing, the Afghan people and the Taliban must grapple with the cultural and material consequences of Afghanistan’s traumatising encounters with different visions of the world. The visions have taken different articulations, including Soviet socialism, European humanism, transnational ‘fundamentalist’ Islam and two decades of Western statebuilding. These encounters have contaminated local perspectives, leaving a lasting impression on Afghan perspectives about what is possible and what is not. A legacy of these encounters is the continuation of violent conflict, as exemplified by the war in the Panjshir valley. With a focus on a critique of both the Western occupation and Taliban ‘fundamentalism’, this wholly Afghan panel aims to transcend the usual discourse for a more productive engagement: imagining achievable, grounded and alternative pathways towards a peaceful future for Afghanistan. We are pleased to have Senator Mehreen Faruqi as moderator for this event. The panel: Mujib & Salma Abid Farkhondeh Akbari Mohib Iqbal Zarlasht Sarwari

The all-Afghan panel will include Mujib Abid, PhD student (UQ) and MPACS alumnus (featured on MPACS webpage) recently evacuated with his family from Kabul.