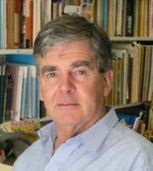 Department of Anthropology Seminar Series 2021: The relevance of anthropology in the contemporary world.

Beyond narratives of self-deliverance: land rights and anthropological visibility in the Australian public domain

Minorities need the help of others if they are seeking recognition of their rights but being beneficiaries of benevolence is often uncomfortable for such minorities, and the narratives they come to cherish are those of self-deliverance.[i] So it comes as no surprise that the central role of anthropologists in Northern Territory land claims and their implementation is becoming less and less visible. If the only reason for a concern about this decline in visibility was because the anthropologists are miffed at their contribution being unrecognised, then the matter would be too trivial to pursue, but there is more to it than that.  Not only have anthropologists contributed to their own obscurity by not speaking out but the audiences for their views have always been limited, and now some white anti-racists are concerned about the stigma of whiteness and advocating self-effacement. But what do Aboriginal people think and why do anthropologists need to speak out?