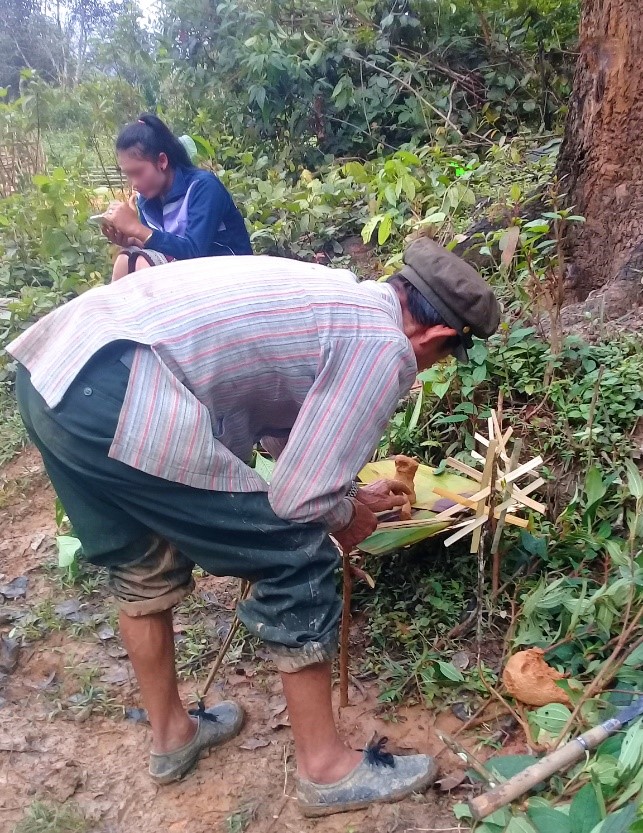 ‘Healing Dia’ tells the story of Dia, a Khmu girl from the uplands of northern Laos. Like her peers, Dia dreams of a modern life in the lowlands. At the same time, Dia suffers from recurrent inflictions, brought upon her by restlessly wandering hrooy (‘spirits’). In their increasingly desperate efforts to heal Dia, her family and wider community embark on an odyssey that sees them eclectically traverse the boundaries between bua hrooy (traditional healing) and modern biomedicine. Dia’s plight opens a window on Khmu cosmology and village politics in an age of fast-paced modernization. It also highlights the ethical conundrums of long-term ethnography. As I became increasingly invested in Dia’s fate, I found myself an active participant in a symbolic power struggle.

Paul-David Lutz is a former rural development consultant and current doctoral candidate at the University of Sydney’s Department of Anthropology. His doctoral thesis is built on ethnographic fieldwork in an ethnic Khmu community in northern Laos. It provides an intimate ethnographic history of the multifaceted ways in which Laos’ fast-paced modernization has shaped the lives of upland Khmu peasants.