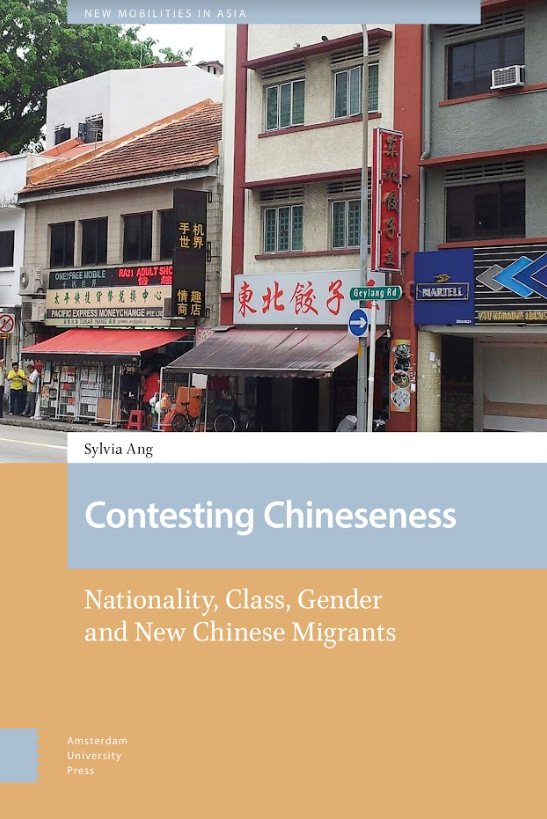 Nearly eleven million Chinese migrants live outside of China. While many of these faces of China’s globalization headed for the popular Western destinations of the United States, Australia and Canada, others have been lured by the booming Asian economies. Compared with pre-1949 Chinese migrants, most are wealthier, motivated by a variety of concerns beyond economic survival and loyal to the communist regime. The reception of new Chinese migrants, however, has been less than warm in some places. In Singapore, tensions between Singaporean-Chinese and new Chinese arrivals present a puzzle: why are there tensions between ethnic Chinese settlers and new Chinese arrivals despite similarities in phenotype, ancestry and customs? Drawing on rich empirical data from ethnography and digital ethnography, this talk investigates this puzzle and details how ethnic Chinese subjects negotiate their identities in an age of contemporary Chinese migration and China’s ascent.

This talk is based on the chapter ‘Not the lower classes’ from the book Contesting Chineseness: Nationality, Class, Gender and New Chinese Migrants (Amsterdam University Press, 2022). The chapter explores mainland Chinese migrants’ claims to belonging and citizenship, and the host society’s denial of such claims. It shows that contrary to claims from mainland Chinese professional migrants that they are like Singaporeans, Singaporean-Chinese segregate between a “middle-class” us and a “working-class” them. This chapter analyses how Singaporean-Chinese imagine the Chinese, especially female migrants, as marked by bad dressing, poor hygiene and sexual immorality. For Singaporean-Chinese, these markers are imagined to be Chinese migrants’ embodiment of the “third world” status of their country and which construct Chinese migrants as of the lower classes. I conclude with a critical consideration of how migrants’ middle-class background or the possession of formal citizenship may not indicate a right to belong.

Dr Sylvia Ang is Alfred Deakin Postdoctoral Research Fellow at the Alfred Deakin Institute for Citizenship and Globalization, Deakin University. Her research with migrants in and from Asia is interested in the production and experiences of difference and inequalities, with a focus on ethnic relations, class, gender and post/decoloniality. She has published in the Journal of Ethnic and Migration Studies, Mobilities, and Ethnic and Racial Studies, among others. Her monograph Contesting Chineseness: Nationality, Class, Gender and New Chinese migrants (2022) was recently published with Amsterdam University Press.