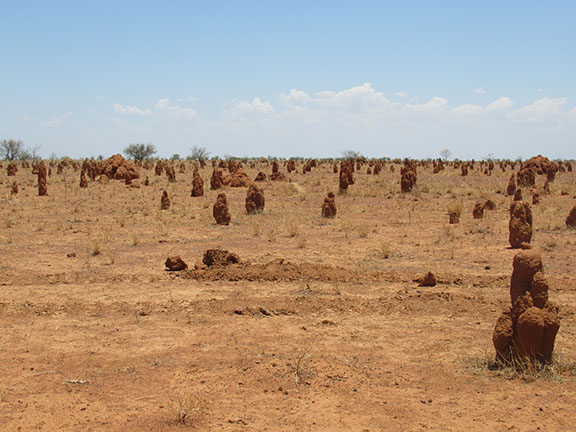 Anthropology Seminar Series | Kinship and Conviction in the Southeast Kimberley

Kinship and Conviction in the Southeast Kimberley

Dominic Sidoti  will discuss the kinship sociality of the Indigenous community of Yaruman (southeast Kimberley, Western Australia). Whilst this community consists of several loosely bounded desert mobs, many locals understand themselves as Nyininy or Jaru, or as residing within Nyininy/Jaru Country. Dominic uses psychoanalytic anthropology as a theoretical framework and focuses on what Stanner (1963:28) referred to as an ‘ontology of life’. With regards to Indigenous ontologies, Stanner (1963) foregrounded several core convictions. These include: a transcendence-in-immanence; a highly developed and culturally elaborate appreciation of the good-within-suffering; and a celebration of dependence. Dominic makes the argument that the received anthropological wisdom on kinship can be creatively reworked in these terms and begins by detailing the colonisation of the southeast Kimberley by Europeans. This discussion is followed by an account of the station days and the subsequent creation of the community. Dominic will then present the material on kinship sociality, especially in relation to one Dreaming “myth”, and conclude by drawing out several of the ontological implications. The bulk of the empirical material is derived from fourteen months of fieldwork undertaken as a doctoral candidate (2019-2020).

Speaker: Dominic Sidoti is a doctoral candidate with the University of Sydney’s Department of Anthropology. Dominic has an ethnographic experience in the southeast Kimberley and a basic acquaintance with the Nyininyjaru language (Jaru, Nyumbin-Yapa). Research interests include: Aboriginal kinship; psychoanalysis; cultural anthropology.