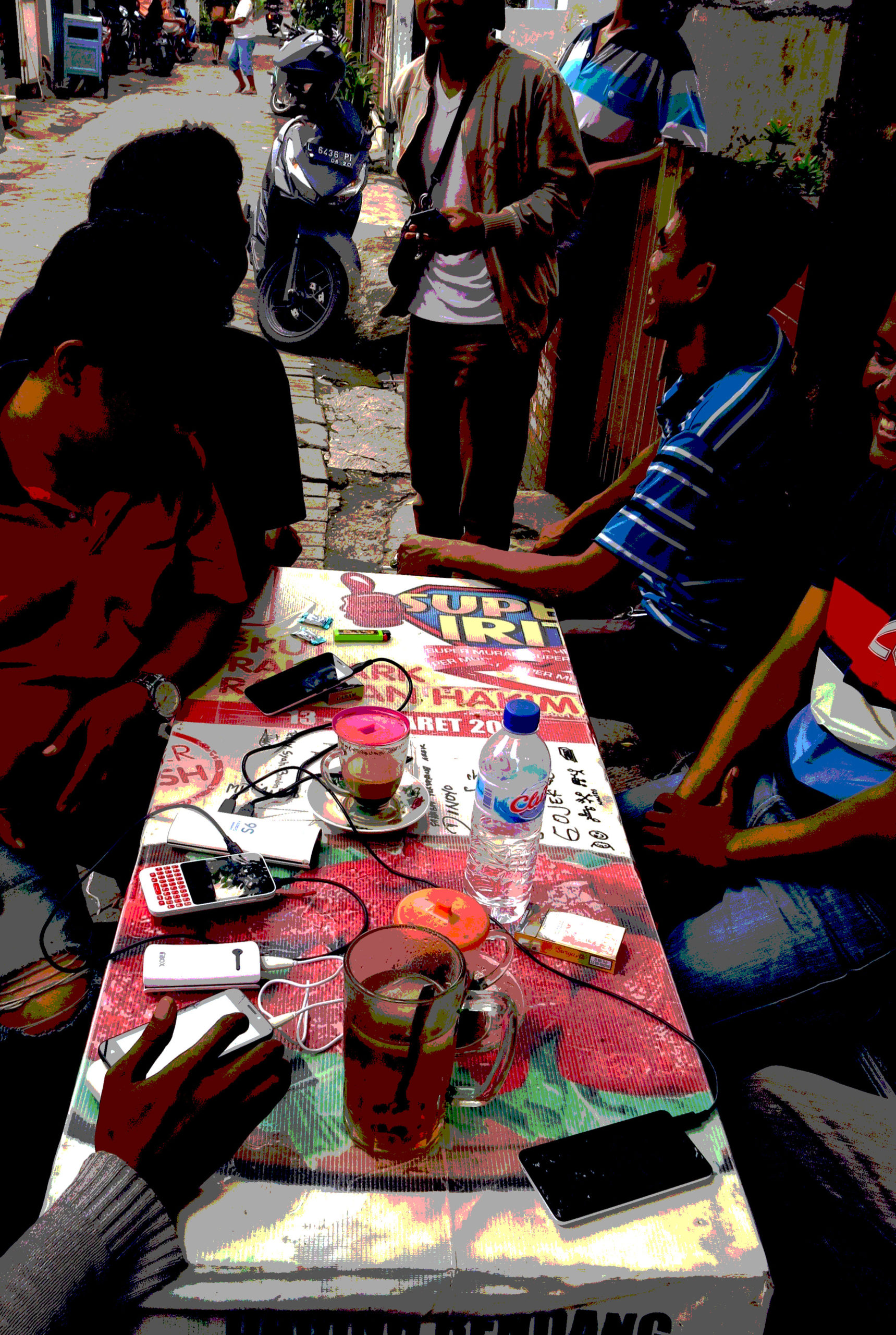 This paper explores what David Harvey considers that moment of devaluation in the life cycle of heavy infrastructure when it cannot move things fast enough, posing a barrier to capital. Using the case of on-demand motorbike-taxis, I explore how people provide public transport where the state cannot. Municipal government revenues in Indonesia are far too low to enable enough infrastructure to be built, while what the government does build it cannot properly maintain. This leaves the extension, repair and maintenance of transport infrastructure up to the improvisations and collaborations of people across the city. I challenge the economistic view of Indonesian infrastructure as ‘external to each actor’ and show how it is produced by the actors themselves, in particular, the underemployed majority of the city’s low-income neighbourhoods or kampungs. I reveal how they redress inequalities of access to infrastructure through culturally specific tactics of cooperation and redistribution – tactics forged out of a very real bottom-up manipulation and refashioning of technology that blurs the divide between its users and providers to form a “guerrilla infrastructure”.

Robbie Peters’ is a senior lecturer and currently chair of the department of anthropology at Sydney University. His earlier work includes a book (Surabaya, 1945-2010) and journal articles on urban renewal and the political economy of violence in Indonesia and on gender and work in Jakarta, Surabaya and Saigon. His current research and publications tackle such issues as the politics of death and its commemoration in the Indonesian city; the on-demand motorbike taxi economy in Indonesia; and the effect of new cash transfers programs on Indonesia’s urban poor. He is working on a book about the Indonesian city and the revolution and has published in such journals as International Journal of Urban and Regional Research, Ethnos, Bijdraagen and Critical Asian Studies.