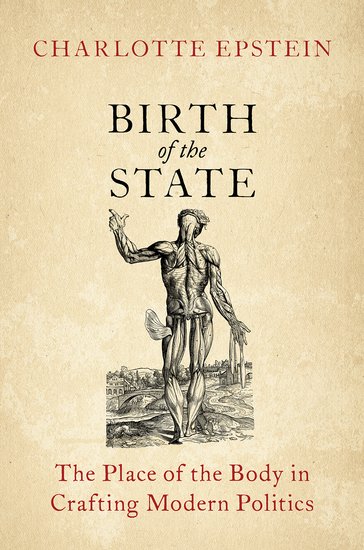 Book Launch: Birth of the State, The Place of the Body in Crafting Modern Politics

Book Launch: Birth of the State, The Place of the Body in Crafting Modern Politics

Join us with Associate Professor Charlotte Epstein at Gleebooks to celebrate the launch of her latest book, Birth of the State, The Place of the Body in Crafting Modern Politics.

This book uses the body to peel back the layers of time and taken-for-granted ideas about the two defining political forms of modernity, the state and the subject of rights. It traces, under the lens of the body, how the state and the subject mutually constituted each other all the way down, by going all the way back, to their original crafting in the seventeenth century. It considers two revolutions. The first, scientific, threw humanity out of the centre of the universe, and transformed the very meanings of matter, space, and the body; while the second, legal and political, re-established humans as the centre-point of the framework of modern rights.

Charlotte Epstein is Associate Professor at the University of Sydney Department of Government and International Relations, Core Fellow at the Helsinki Institute for Advanced Studies (HCAS) and a Carlberg Foundation Writing Fellow. Her interests are in the areas of International Relations theory, particularly in post-structuralist approaches and discourse theory, critical security studies and global environmental politics.