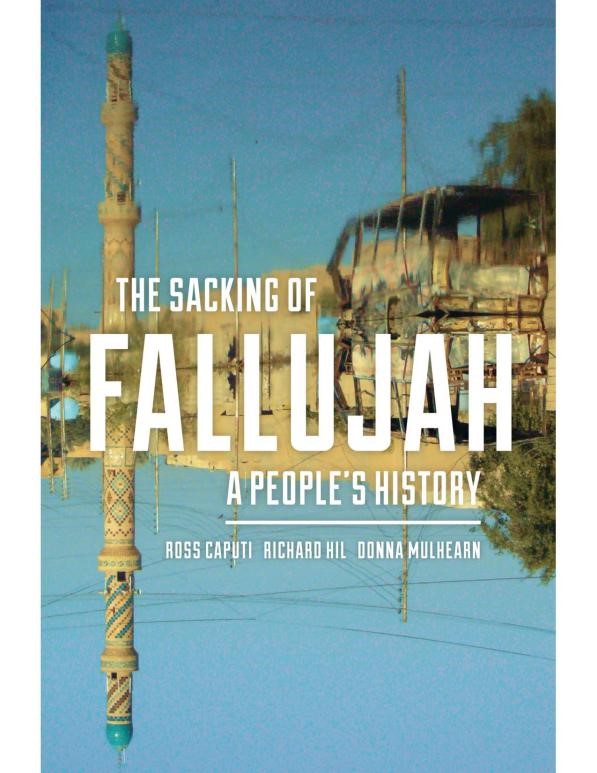 Book Launch | The Sacking of Fallujah: A People’s History

The Iraqi city of Fallujah has become an epicentre of geopolitical conflict, where foreign powers and non-state actors have repeatedly waged war in residential neighbourhoods with staggering humanitarian consequences.

The Sacking of Fallujah is the first comprehensive study of the three recent sieges of this city, including those by the United States in 2004 and the Iraqi-led operation to defeat ISIS in 2016.

Join the authors Ross Caputi from the US and PACS alumna Donna Mulhearn, to discuss the findings from their new book, (co-authored with Dr Richard Hil) at a special seminar hosted by the Department of Peace and Conflict Studies.

Ross Caputi is a former US Marine who participated in the second siege of Fallujah, Ross was compelled by the destruction and suffering he helped cause to become an anti-war activist, speaker, and writer. Now a a PhD student in History at the University of Massachusetts, he is also the director of the People’s History of Fallujah digital archive and in 2013 he co-founded the Islah Reparations Project

Donna Mulhearn is an Australian writer and activist. She was an eye-witness to the April 2004 attack on Fallujah and has returned several times in a bid to raise awareness of the legacy of the attacks. She has undertaken peace journalism and human rights work in various war and conflict zones around the world. She is the author of the memoir Ordinary Courage: My Journey to Baghdad as a Human Shield. Donna completed her Master’s degree at the University of Sydney’s Centre for Peace and Conflict Studies. Her articles have appeared in various books, journals and websites.

“This groundbreaking work cuts through thick veils of propaganda to reveal the experiences of the victims, with depth of research and a sensitivity that is uniquely perceptive ⎯ and with powerful lessons for solidarity work and the struggle for ‘peace with justice,” not only in the tortured land of Iraq.” – Noam Chomsky