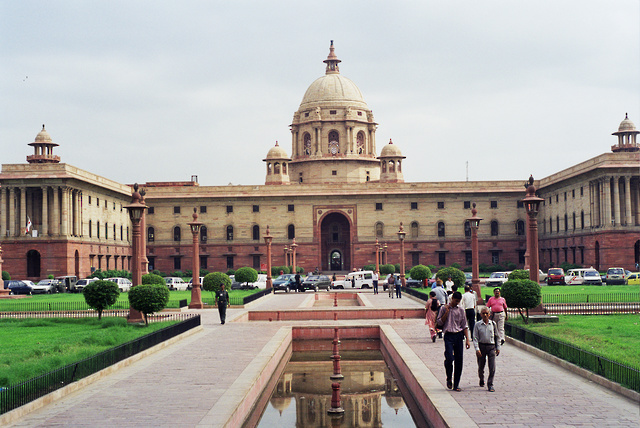 GIR Seminar Series | Constructing India as a ‘Similar Enough Other’

This paper investigates how senior Bush administration officials publicly constructed a strategic narrative to legitimize the proposal for a US-India Civil Nuclear Cooperation Agreement in 2005-2006 as they sought Congressional approval for the same. Adopting a critical constructivist approach, I argue that the Bush administration’s proposed nuclear deal with India came into direct confrontation with, and destabilized, representations of US political identity as a ‘creator’ and ‘upholder’ of the global nuclear nonproliferation regime.

This tension was negotiated through representations of the nuclear deal as an ‘unprecedented opportunity’ for the US to forge closer strategic relations with India, a ‘rising 21st century power’ within a broader strategic narrative of the US-India relationship. This strategic narrative constituted India as reflective of the US ‘Self’, or as a ‘Similar Enough Other’. In doing so, the narrative incorporated seemingly oppositional discourses – around India as a non-signatory to the Nuclear Nonproliferation Treaty (NPT) on the one hand, and the US as the vanguard of the global nuclear nonproliferation regime on the other – to consolidate and strengthen the overarching narrative of US-India relations.

The analysis provides original insight into the role of strategic narratives in foreign and security policymaking. It demonstrates how, by discursively aligning identity representations of key strategic actors that may otherwise appear at odds with one another, strategic actors are able to open up opportunities for policy-making that, at first glance, seem precluded in the prevailing normative-discursive environment.

She is currently working on a research project with Dr Priya Chacko (University of Adelaide) that investigates strategic narratives of India’s identity as an actor in international relations. Monika is the author of Food Security in Asia: Challenges, Policies and Implications (IISS and Routledge, 2014) and Understanding Security Practices in South Asia: Securitisation Theory and the role of non-state actors (Routledge, 2012). She is also a Director of the School of Policy and Governance, India and an Executive Member of the South Asian Studies Association of Australia.