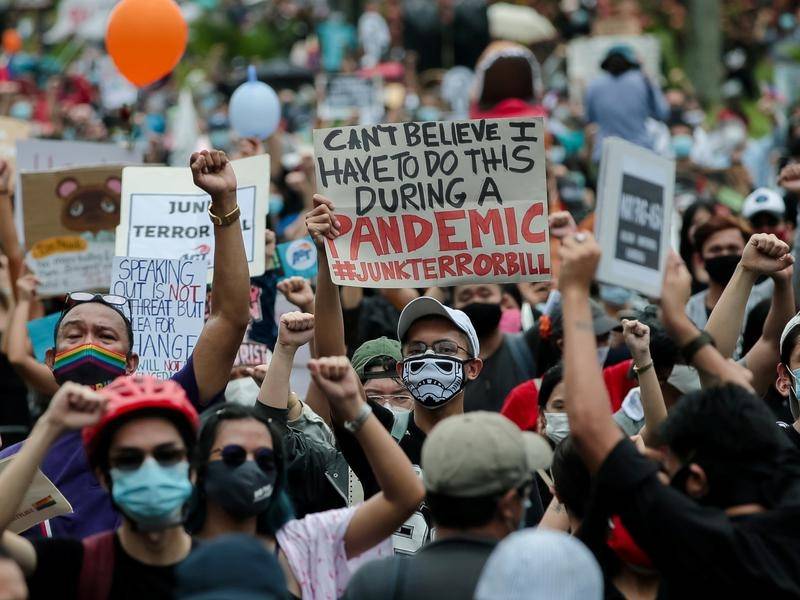 Social media has brought both opportunities and challenges to human rights organisations. On the one hand, it provides a free platform for mobilising support, raising awareness for human rights causes and increasing public engagement. On the other, social media can give rise to harmful content against these organisations. This paper examines how three major human rights organisations in the Philippines manage their social media campaigns and deal with a rise of online harassment. Based on the analysis from an original dataset of all Facebook comments and posts and semi-structured interviews from the Commission on Human Rights (CHR), Amnesty International Philippines and Human Rights Watch Philippines between 2016 to 2019, I find that the online harassment against these organisations have increased significantly under the Duterte Administration. The majority of hateful content against these organisations was from Duterte supporters. However, the CHR continues to receive significant support from the online grassroots to counter online hate, which AI and HRW did not. These findings suggest that human rights organisations can continue to thrive on social media if they can mobilise their supporters to defend their cause online.

Dr Aim Sinpeng is a Brown Fellow and an award-winning educator whose research interests centre on the relationships between digital media and political participation in Southeast Asia. She is particularly interested in the issues of social media campaigning, disinformation, online public opinion manipulation and electoral interference. Her book, “Opposing Democracy in the Digital Age: the Yellow Shirts in Thailand” is forthcoming with the University of Michigan Press.She is the co-founder of the Sydney Cyber Security Network and a Thailand country coordinator for the Sydney Southeast Asia Centre. She’s currently working on two projects: a Facebook-funded project on regulating hate speech in the Asia Pacific and a project on mapping foreign interferences against Australian defence funded by the Department of Defence.