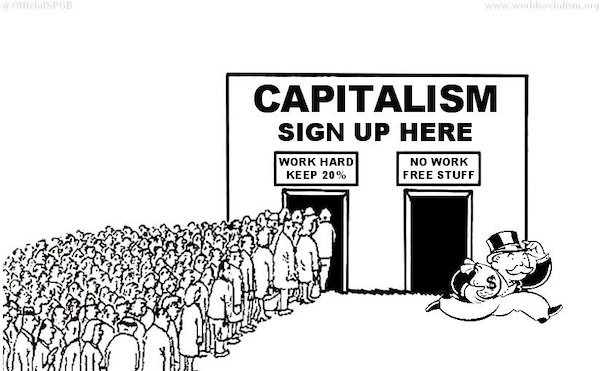 Government and International Relations Colloquium: Capitalism for All: Realising Its Liberal Promise

I will be presenting on my forthcoming co-authored book with Neil Harrison (Sustainable Development Institute and University of Denver, Colorado) to be published by SUNY Press in late 2020/early 2021.  In it, we argue that capitalism is increasingly failing to meet the needs of people not just in the poor countries, but also in the rich ones.  The result is that scholars and pundits from both the left and right are critiquing modern capitalism and blaming its defects for causing poverty, inequality, political instability and potentially catastrophic environmental damage among other social harms.  But the popular, and populists’, critiques are missing the big picture. In examining capitalism’s ‘trees’, they fail to see the whole forest, and so it is necessary to step back and survey the reality before rushing down one of the forest’s well-worn paths that either celebrates why liberal capitalism works, or why it doesn’t.  This is because capitalism, as practiced today, is not liberal.  Nor is it neoliberal.  It is corporate.  Hence, we call it ‘CorpoCapitalism’, and it is underpinned by the governments of rich countries in the service multinational corporations so enormous that we believe they should be called ‘MegaCorps’. It no longer makes sense to pretend that we inhabit a liberal world order that is under threat. It no longer makes sense to claim that globalisation is either liberal or neoliberal.  The contemporary reality is that Adam Smith’s ideal of liberal capitalism has evolved into today’s CorpoCapitalism, which is a capitalism of MegaCorps, by MegaCorps, for Megacorps.  Free markets are dead, and competition has been swept away by industries that are controlled by a handful of MegaCorps that effectively manage their political environment for their own ends. Yet, the promise of liberal capitalism can still be realised:  a capitalism that not only feeds the bodies but the souls of most of the people.  With a clear idea of the ultimate goal, contrasted with a detailed exposé of the deficiencies of capitalism as it functions today, we identify the ways in which it is possible to realise capitalism’s liberal promise.

John Mikler is an Associate Professor in the Department of Government and International Relations in the School of Social and Political Sciences at the University of Sydney. His research interests revolve around global corporate power, institutional variations in capitalism, and globalisation.  He is particularly interested in the way multinational corporations are, and often are not, regulated, as well as how they exercise private authority in respect of the social and environmental impacts of their actions. His previous research has focused on the international car industry, applying the Varieties of Capitalism Approach to analyse the actions it is/is not taking in respect of the environmental impacts of its products. He has also undertaken extensive collaborative and inter-disciplinary research on liberal capitalism and technological innovation for climate change mitigation. He is currently researching global corporate tax avoidance. He has edited two journal special issues, and published over 30 journal articles and book chapters. He has also published four books, including The Handbook of Global Companies (Wiley-Blackwell 2017) and The Political Power of Global Corporations (Polity Press 2018).