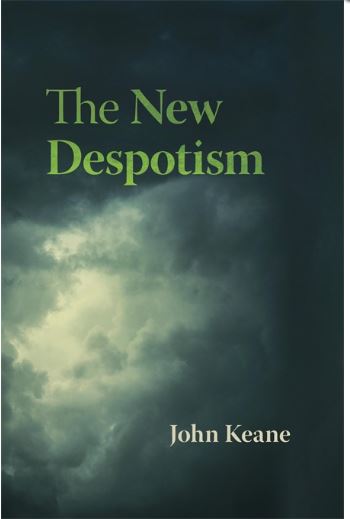 Government and International Relations Colloquium: The New Despotism: some thoughts on its principal ideas and reception

The New Despotism: some thoughts on its principal ideas and reception

Drawing on extensive travels, interviews, and a lifetime of thinking about democracy and its enemies, The New Despotism shows how governments from Russia and China through Central Asia to the Middle East and Europe are mastering a formidable combination of political tools that threaten the established ideals and practices of power-sharing democracy. They mobilize the rhetoric of democracy and win public support for workable forms of government based on patronage, dark money, steady economic growth, sophisticated media controls, strangled judiciaries, dragnet surveillance, and selective violence against their opponents. The book casts doubt on such fashionable terms as dictatorship, autocracy, fascism, and authoritarianism. It makes a case for retrieving and refurbishing the old term “despotism” to make sense of how these regimes function and endure. Like Montesquieu in the eighteenth century, the book stresses the willing complicity of comfortable citizens in all these trends. And, like Montesquieu, The New Despotism worries that the practices of despotism are closer to home than we care to admit. Click here for further details.

John Keane is Professor of Politics at the University of Sydney and the WZB (Berlin).

Dr Benedetta Brevini lectures in political economy of communication at the University of Sydney. She writes on The Guardian’s Comment is Free and contributes to a number of print and web publications including Index of Censorship, OpenDemocracy and the Conversation. She is the author of Public Service Broadcasting Online (2013) and editor of the volume Beyond Wikileaks (2013). Her latest volumes are Carbon Capitalism and Communication: Confronting Climate Crisis (2017),  Climate Change and the Media (2018) and Amazon: Understanding a Global Communication Giant (2020).

Associate Professor Tom Daly is Director of the global online platform Democratic Decay & Renewal (DEM-DEC), Deputy Director of Melbourne School of Government and author of The Alchemists: Questioning Our Faith in Courts as Democracy-Builders (2017). He is also a member of the International Coalition for Democratic Renewal, which gathers policy leaders worldwide dedicated to protecting and re-thinking liberal democracy, including Nobel laureates and thought leaders like Francis Fukuyama. His current project, COVID-DEM (www.democratic-decay.org), launched in April 2020, curates and publishes analysis of the impacts COVID-19 is having on democracy worldwide and in June was added to International IDEA’s Global Monitor. He has worked and conducted research on democratic rule and political reform in countries worldwide including Australia, Brazil, Georgia, Ireland, Kyrgyzstan, Lebanon, Sri Lanka, Turkey, the UK and Uzbekistan.