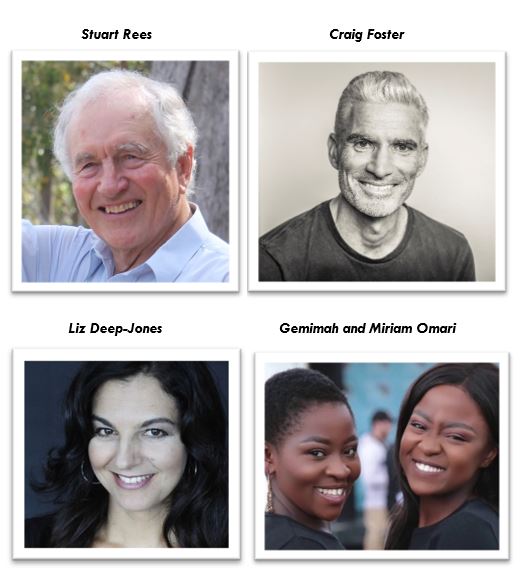 ‘Cruelty has been normalised within Australian society. We see this clearly with desensitisation around Indigenous Australian deaths in custody, aged care, the Biloela family and most certainly, refugees. What would a humane, I might say sane, society look like? This is a question in desperate need of an answer.’ – Craig Foster

‘We’re citizens of the world and need to speak up for equality, social justice and a more inclusive society. We can all make a positive difference to the lives of people struggling by taking action … I want to live in a world where people from all backgrounds, race and colour have the same opportunity to reach their potential and live their dream.’ – Liz Deep-Jones

The School of Social and Political Sciences