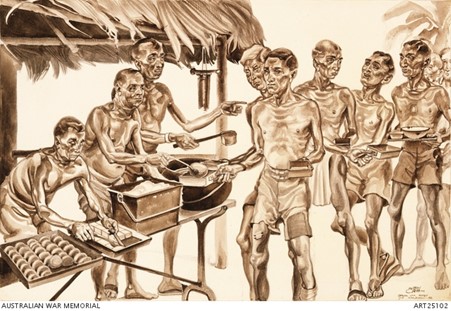 SSP Seminar | Embedded behind Barbed Wire: A Polanyian analysis of the economies of prisoner of war camps

During the Second World War, Japan held hundreds of thousands of prisoners of war (POWs) across the Asia-Pacific, in conditions of extreme deprivation, but also with an unusual degree of autonomy in terms of their internal camp organisation, and particularly economic organisation. The different modes of organisation adopted can be viewed as a quasi-experiment in economic behaviour, the results of which highlight the centrality of culture in economic behaviour.

This paper compares the camp economies of three, apparently quite similar cultural-national groups: Australian, British and United states POWs, responding to the same conditions. Yet, each of these national groups organised their economic lives in captivity quite differently from one another, in a consistently patterned manner across hundreds of camps.

The Australians developed male-bonded welfare states; the British clung to the maintenance of class differences; and, the Americans developed individualistic market systems which led to corruption and organised crime. Applying Karl Polanyi’s theory of forms of integration demonstrates that each was dominated by a different instituted economic process, which reveals significant differences in the structures of these apparently similar national cultures.

Ben Manning is a Postdoctoral Research Fellow in the Department of Sociology and Social Policy where he is currently researching the history of sociology in Australia. He has previously researched and taught at UNSW and Macquarie University. His primary research interests are in economic sociology and social theory.