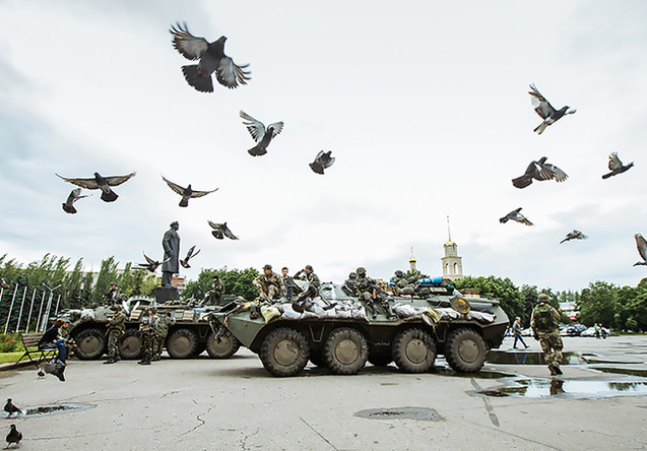 The Russo-Ukrainian Conflict and the Future of Warfare

The Russo-Ukrainian Conflict and the Future of Warfare

Ukraine is once again at the epicentre of news due to an unwarranted full-scale military aggression from Russia. After years of influence operations, active measures, and ceasefire violations, followed by failed diplomacy and ineffective sanctions, missiles are once again flying and more boots are on the ground. With hybrid war expanding into the realms of communication and perception, new analytical tools are needed to understand what happened and what is likely to come next. The CISS Global Forum gathers international experts for a critical analysis of the Russian-Ukrainian war and what it represents for the future of warfare.

Moderator
Professor James Der Derian is Director of CISS and Michael Hintze Chair of International Security at the University of Sydney. He writes books and produces documentaries on war, peace, media and technology.

Speakers
Dr Olga Boichak is a Lecturer in Digital Cultures at the University of Sydney. She is a media sociologist who has published extensively on the role of digital technologies in the Russian-Ukrainian war and is an editor of the Digital War Journal.

Dr Anthony Szabo is the Information Warfare Star Shot leader for the Australian Defence Force’s Defence Science and Technology Group.
Bryce Wilson is a photojournalist and documentary filmmaker from Melbourne, Australia. Bryce has been covering the Russian-Ukrainian war since 2015 and is currently in eastern Ukraine.

Dr William Merrin is Associate Professor in Media and Communication at Swansea University, UK. He is the author of Digital War: A Critical Introduction (2018), which offers a comprehensive overview of the impact of digital technologies upon the military, the media, the global public, and the concept of ‘warfare’ itself.